After quite a bit of tinkering, I’ve finally strung this site together along with an easy mechanism for publishing. Perhaps I’ll write a bit more about it later although for now, I’m just going to write this up and see where it goes. After a recent shift of gears, I’ve stepped away from writing things that are longer than a sentence or two which has driven me a bit mad while I’m spending so much time reading, not enough articulating my own thoughts. As a result, I’ve created this little space of the internet for stringing together a couple of words and having a means for sharing thoughts and the interesting things that spurred them. Is my writing intended to be great? No. Just a way for getting a stream of consciousness. Eventually, I’ll fix the other blog for more professional things or just migrate it to Medium. Who knows which way the wind blows but we’ll figure it out as we always do.

Now for Watching, Reading, Listening! The format shouldn’t be too hard to follow although I figure with the amount of content that I’m consuming, I can use this to string together some surface level thoughts about these things along with some basic recommendations. We’re all consuming content like little flesh vaccuums now that we have everything digitized and the world is only available at our fingertips. Let’s give it a whack and see what happens!

Curiously, I haven’t historically spent a ton of time watching movies or television. It’s mostly been waiting for movies that I actually care about and even then, I struggle to force myself to watch them. Maybe this will shift gears but “Watching” is a bit of a broad category in our truly digital era with videos embedded into Instagram or TikTok. With poking and prodding my viewing habits wrapped up, I did get a chance to watch Feels Good Man. This is a documentary about the Pepe the Frog meme and it’s source comic book, following the origins with artist, Matt Furie, and his Boy’s Club comic book along with the meteoric rise of the meme itself. 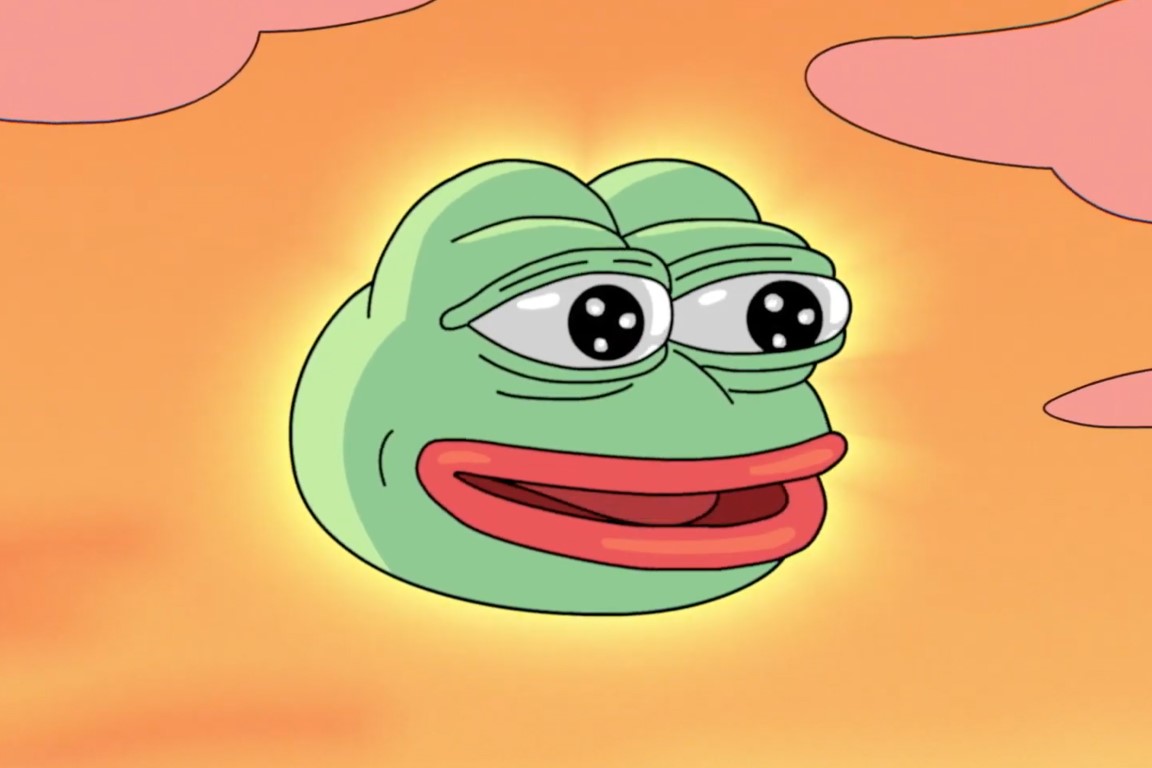 It’s kind of surreal to watch something become so engrained into the zeitgeist of society in such a ubiquitous way. Pepe the Frog was a meme to most before they even knew about the comics. In turn, this frog was derailed from just a strange post-college shmuck smoking weed and hanging out with his friends to a visual synonym for depression. When it became intertwined with snark and “owning” people on the internet, it became linked with the Donald Trump campaign as well as whatever other far flung racist, sexist, homophobic thing that the message board 4chan could rustle up. Since this was made in 2020, we got to see not only this sharp decline although the strange saving of Pepe through his new life as a sign of hope with Hong Kongers protesting for democracy in the streets.

Maybe I’m not giving this credit since that’s almost a footnote in the documentary although it’s surreal to see something that seemed beyond redemption get saved by those folks putting themselves on the line. I’d say this is definitely a cool watch, if only for the “culture”. The internet is everywhere, memes and easily transmitted jokes are the medium for the weird, dark future we’re barreling into so it probably helps to get a sense of the rollercoaster this runs creators through.

My reading habits have picked up quite a bit over the last year. A lot of that has to do with quarantine although there’s an element of finding a way to disconnect from the internet before going to bed. It really scrambles your eggs so you gotta do something else. I might be a bad example for this with my Kindle Paperwhite but who cares. Carrying physical books around is miserable and not everyone gets to look so stoic, sitting in an arm chair. Do you also have a corncob pipe? Eventually, this will probably include news articles along with other interesting documents, notes, whatever. Let’s build! 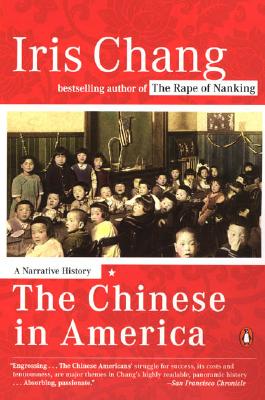 The bit of reading I’d recommend for today is “The Chinese in America: A Narrative History” by Iris Chang. Chang’s life is a bit of a tragic one, taking her life at a relatively young age. This is likely related to some of the more harrowing history that she’s dug through such as her book “The Rape of Nanking”, one that I haven’t read yet although fully intend to in short order. This story is specific on the history of the Chinese in America, both the “Fresh off the boat” and “American Board Chinese” as the author puts it. It’s an important lens to view American history through as we focus on race. I worry that we limit our scope to the experiences of black and brown Americans while largely dismissing the Asian population as one of a “model minority”. This book takes care to dig through the history of Chinese in America in great detail from the early exploitation of arrivals at “Gold Mountain”, as the California gold rush was known to Chinese, until events as recent as the book’s publish in 2005 with boycotts of American scientific research institutions by many ethnic Chinese based on a string of racist accusations that even American-born Chinese were likely to be agents of the Communist Party, unable to be trusted.

The arc of the story is one of a huge struggle across generations with a clear gain and victory for many children of Chinese emigrés. It’s humbling to see the struggle of people across generations while still insisting that they need to maintain that grinding work ethic and continue to support America. There’s a certain amount of skepticism conveyed from the Chinese-American community in the way that they distrust some institutions and that’s something that I hope we can internalize and unify as we look to close gaps between Americans of all colors.

This is the section that’s likely to be the briefest although I have the most familiarity with. It’s hard to choose which albums, songs, podcasts, etc. to share since there are so many awesome things. In any case, I’ll keep it brief and focus on the things immediately before me to avoid insanity. 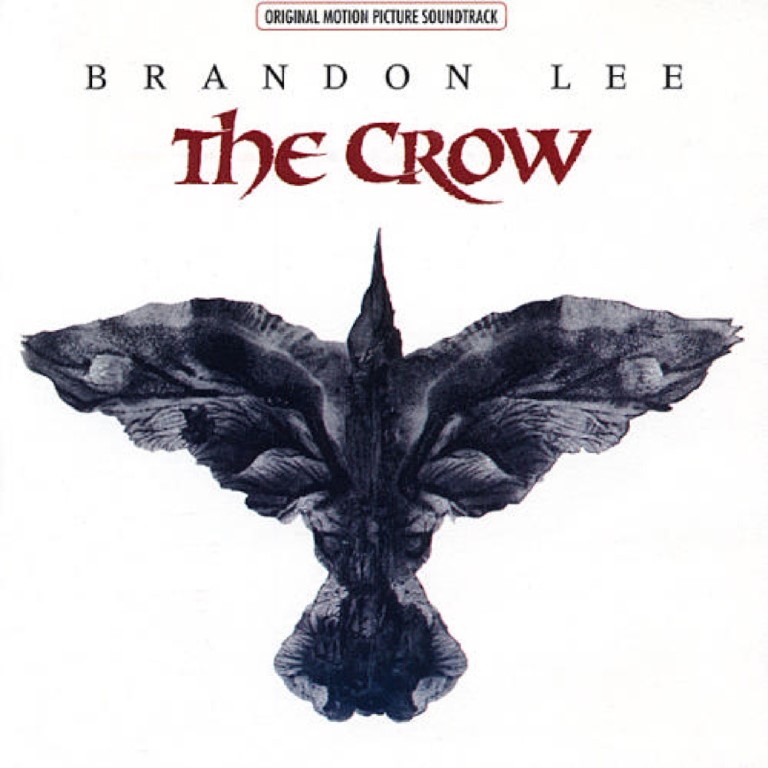 For today’s edition, I’ve been thinking about The Crow’s Soundtrack. This is a weird one since it’s such a mixed bag although there are some things that I can’t deny. The track from the Cure, Burn, is so great and seems to be the result of the comic’s author being such a huge fan, asking to use one of their original tracks for the soundtrack. Instead of that track, they one-upped the whole thing and gave it to him. There’s also a unique Rollins Band song, Ghostrider, along with some good hits from Helmet, My Life With the Thrill Kill Kult, and more. I also cannot overlook the cool cover of Dead Souls by Nine Inch Nails. While this isn’t the best recorded cover by Trent Reznor (that honor goes to Metal), it’s so ridiculously good for a Joy Division single that landed on a postmortem compilation.

I came back to this after hearing Burn on an internet DJ stream from Communion After Dark. The DJ had kept lining up hits and this came on, giving me a bit of nostalgia for the OST. While the movie is a mixed bag, the soundtrack is mostly good. It’s not perfect because Stone Temple Pilots is kinda just bad but it gives an earnest effort. Hell, Rolling Stone even gave it a nod as one of the best alternative records that year.

Now that we’re putting a pin in this, I’ll catch you all tomorrow or some other time. Till then!